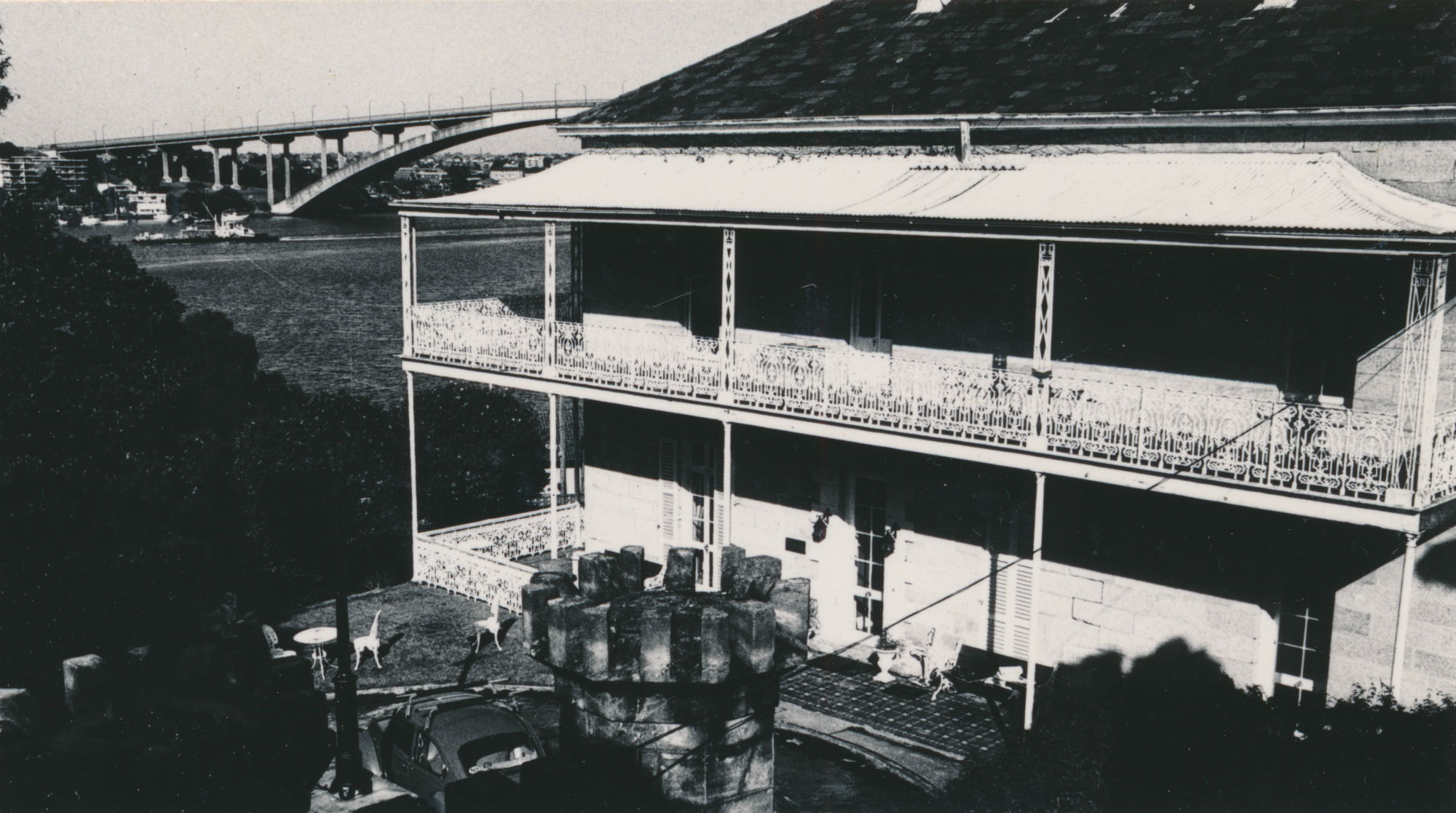 Cambridge, the second and one of the most imposing of Charles Edward Jeanneret’s houses, was built in 1858 and called Fernbank. It was rated in the Council’s first Assessment Book of 1861 but as the rates were not paid, was probably unoccupied (Jeanneret was also building Lyndcote in Stanley Road; see Wybalena, Jeanneret Avenue). The Jeannerets lived here in 1862 and the third of their eleven children was born here. Over the next twelve years the house was let to tenants (Patrick McKay, T.G. Sawkins and S.T. Leigh) while the Jeannerets lived in Somerville (1 Woolwich Road), one of Bordier’s prefabricated houses which they had bought in 1857. In 1875 Fernbank was bought by Mrs Emma Oxley, wife of the explorer and was later owned by her son, John Oxley, who named it Molesworth. The house then passed into the Kirkwood family who also lived at Cleverton (21 Ferdinand Street). The house was leased from 1907 as a school for girls run by Miss Hooper and called Cambridge School. The stone gates standing in the garden were brought by the Kirkwoods from The Warren, Marrickville, a mansion built for Thomas Holt, MLC, on its demolition in 1958. The garage is built from sandstone from the original Sydney Stock Exchange; the lantern was a gas lamp in Macquarie Street outside the State Library. When the Kirkwoods sold Cambridge, the land, once extending from Stanley Road (the original entrance) to the Parramatta River, was subdivided and densely covered with a variety of modern houses.