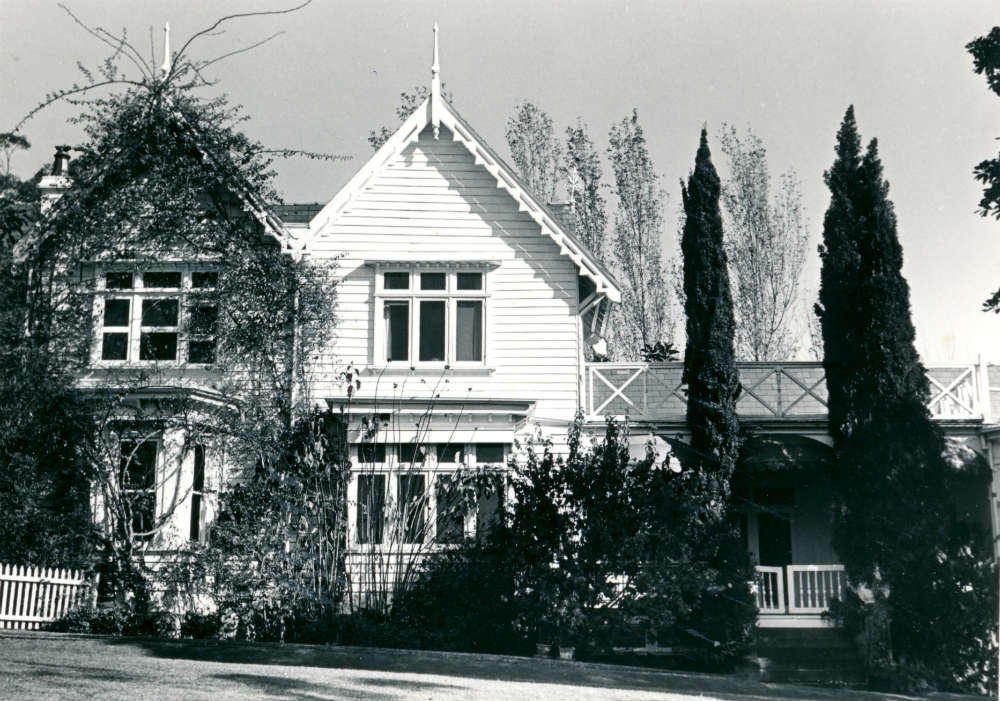 During 1877 Charles George Ireland, draughtsman, of Balmain, paid rates on an unfinished wooden house and land at Woolwich. The address was Pitt Street, changed to Gale Street in 1879 (see 2 The Point Road) and the house was called Mortimer Villa. Frank Grimley, when he bought the house in about 1890, was dissatisfied with the structure and pulled down all but the dining room off the verandah, remade the foundation and added to the house, retaining the style and most of the timber. Further additions were made in 1910 and the Grimley family sold the house in 1950. It was called Wandella during their ownership.