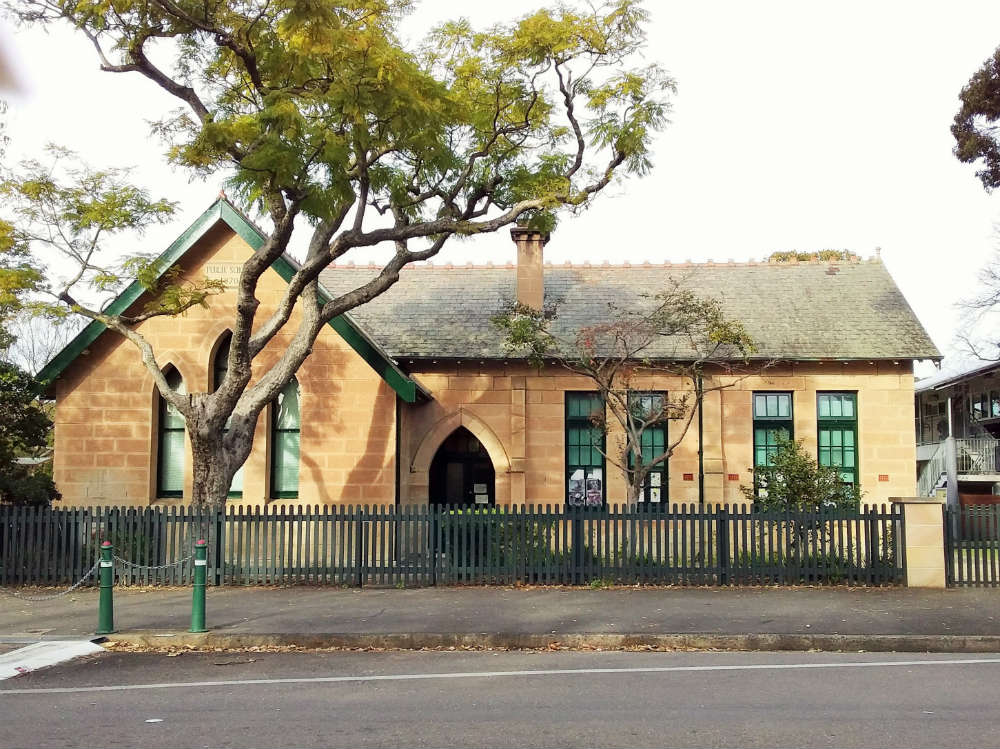 During 1869 a school being conducted in the church in Church Street (now St Marks and moved to Figtree Road) became a National School. It very soon became a public school and was installed in this building, which was opened by Henry Parkes on 24th September 1870. The land had been donated by William Wright and one-third of the cost of building was donated by Captain Henry Brown of Innisfree (11A Ady Street). The cost was £1,427 and the architect was G. Allen Mansfield; the builders were Charles Holdsworth and David Elphinstone. The first master was John Dobbie who remained for many years. The present Infants’ Department building is a fine example of Gothic revival architecture and blends well with the Congregational Church opposite.