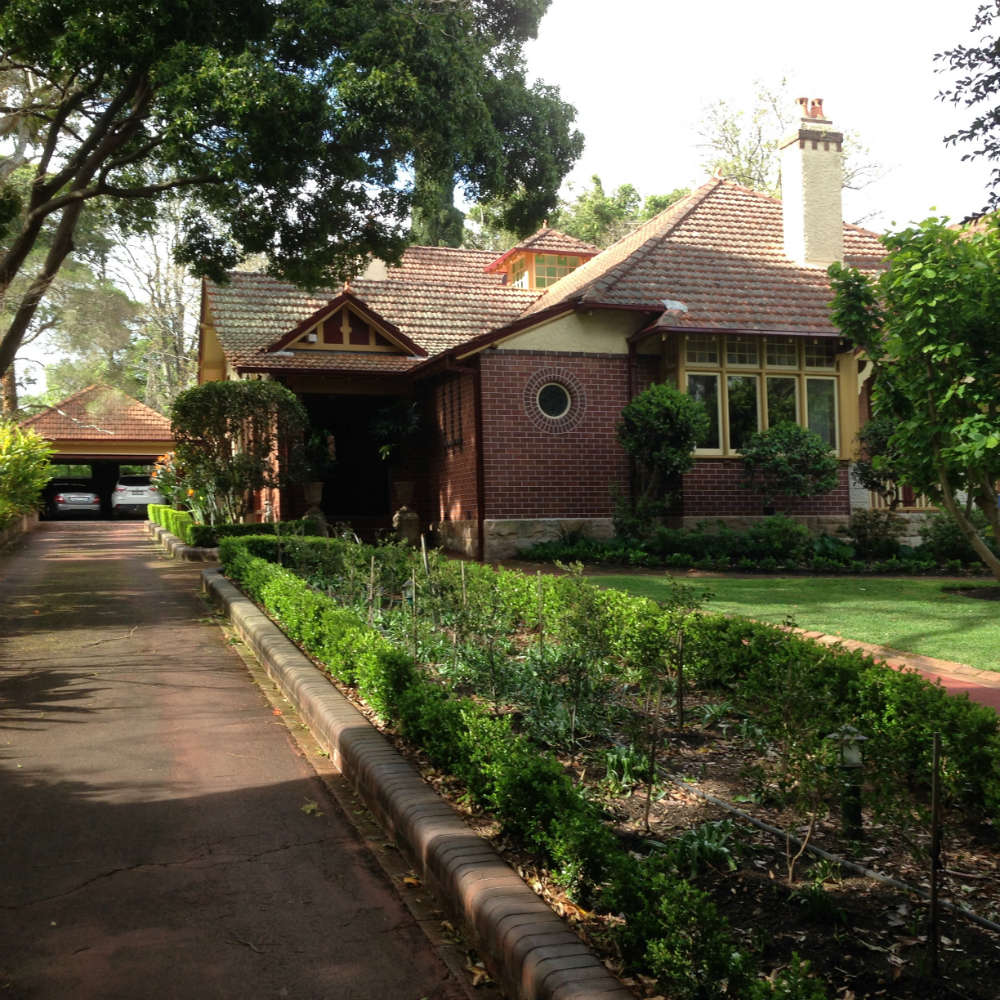 This Federation-era home in its generous garden setting was built c1903 for Arthur Oswald Lloyd and originally called Wotonga. Sands Directory 1914 shows Richardson John A. in Kihilla (now Kyhilla). The Rate Book of 1915 lists Richardson J. Cottage Lot 17, 18 – £1400.  The house demonstrates Arts & Crafts influences with unpainted, tuckpointed dark brick, a sandstone base, roughcast four chimneys, brick decoration and terracotta chimney pots. Early in Kyhilla’s history the front bedroom was extended and the entrance porch was built. Major renovations were carried out in 1985 when many period features were added to the original house, and again in 1992 to remove 1960s additions and build a two storey extension at the rear. The garden beds are of 1920s style and the Canary Island palm in the front garden is the last of several that were reportedly planted by A.O. Lloyd to celebrate the birth of each of his sons.