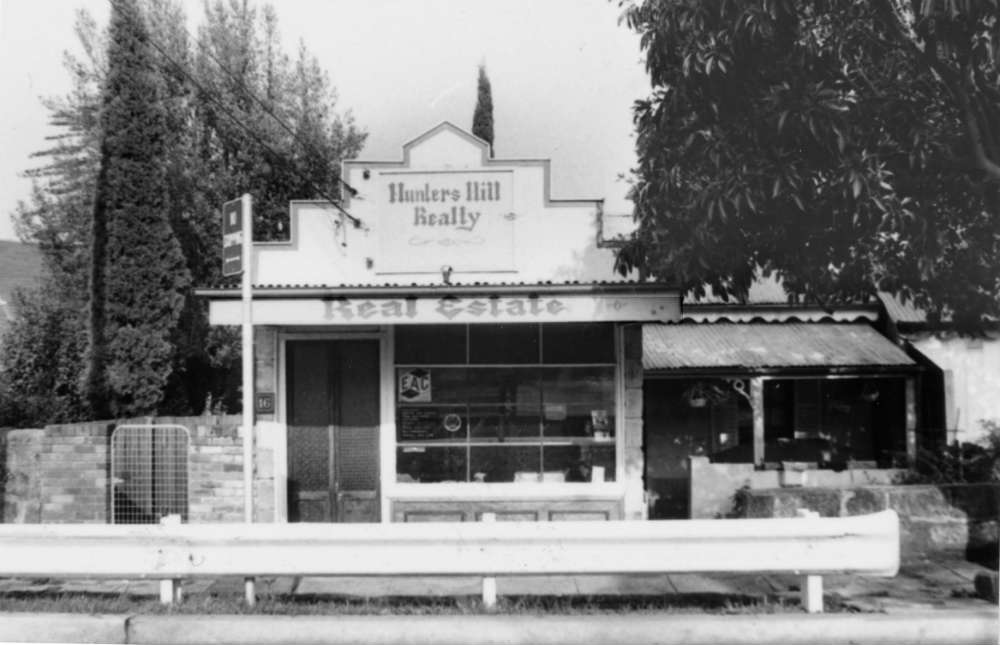 This site was part of the land granted to William Morgan on 13 December 1834. This cottage and shop were first occupied in 1867 by James Stephen Stanner, wharfinger and later blacksmith. Prior to this, in 1858, Stanner had been appointed Post Master and between 1858 and 1867 the post office (and a coal yard belonging to C.E. Jeanneret) were at the bottom of the hill beside the ferry wharf where 2 Ferry Street now stands. Stanner, as first Post Master, was in charge of the distribution of mail and provisions to the small community and Council Minutes of 1861 record that he was paid 10s for landing coal ash from steamers for the purpose of repairing Ferry Street. In 1862 his salary was raised to £15 per annum. A formal complaint was lodged against him in 1872 in respect of a penny charge he had been making. 16 Ferry Street served as the post office from 1867 and in 1876 it was extended to include a telegraph room but soon afterwards the post office was moved to 23 Alexandra Street. Edye Manning had owned the property between 1868-1879.