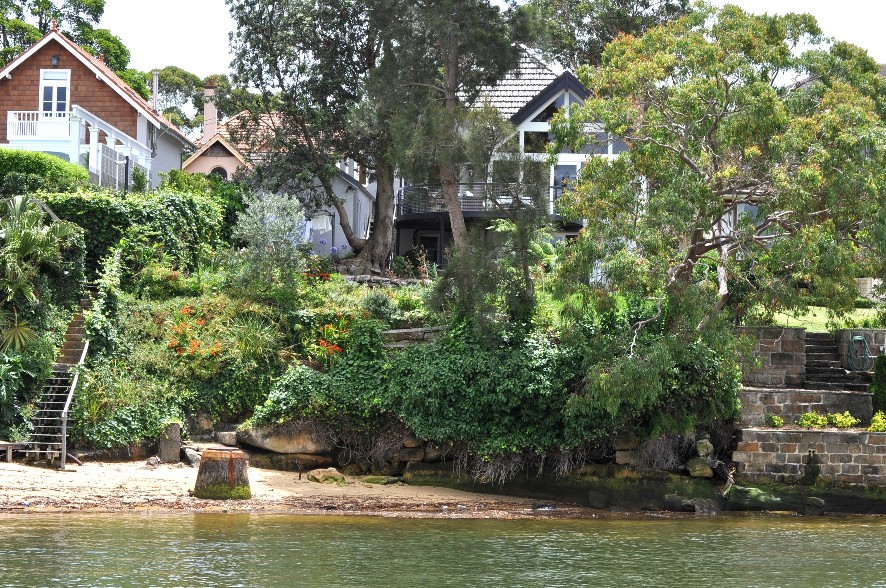 Early 20th century Federation cottage with Arts & Crafts style derived details, although considerably altered, it maintains its overall form and presentation to the waterway. Uncharacteristically steeply pitched tiled hipped roof as it appears on Government Printer 1904 photograph. Important, with Nos. 19, 21 and 11, for the spatial arrangement and proximity of gardens to the foreshore, a rare remainder among 1970’s and 1980’s overcrowding.