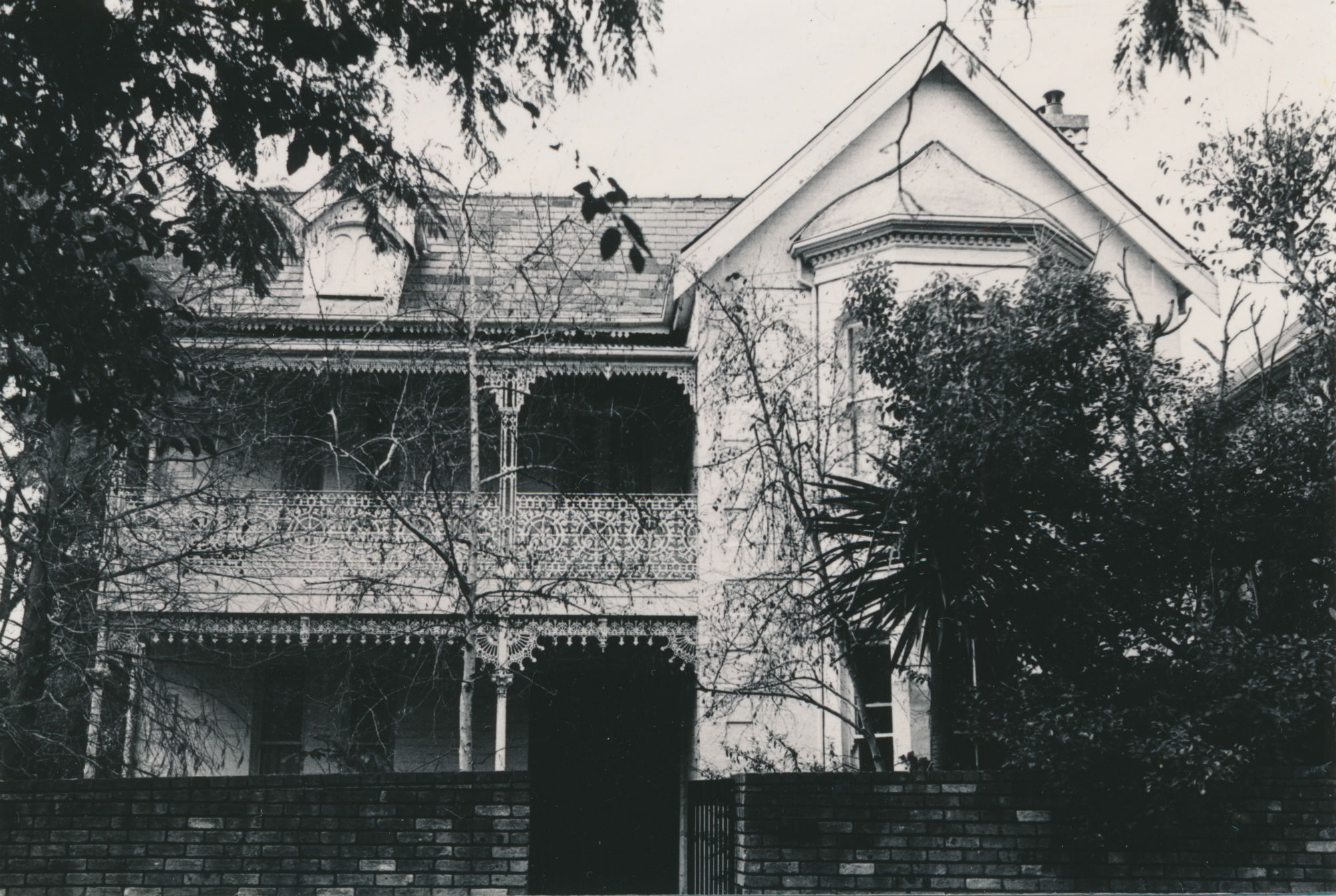 Melchior Viel (Vial) D’Aram, another Frenchman investing in The French village, owned six acres of bushland here until around 1875. In 1878 Henry Brookes subdivided the block bounded by D’Aram Street, North Parade and Ferdinand Street. This site, Lot 9 Section 2 of the Brookes estate, changed hands: J.B. McKenzie 1885, F. Nelson 1886, William Poulton 1887, J.H. Watson in 1888. Captain Watson, one of the founders of Beard Watson & Co, first occupied this brick house in 1888; it is said to have been built the year before by William Poulton, carpenter. Captain Watson also paid rates on an Armoury next to his house used by the First Hunters Hill Regiment; the armoury no longer exists. Corio was the home of the FitzGerald family (see 1 Woolwich Road) from 1905 until 1960.