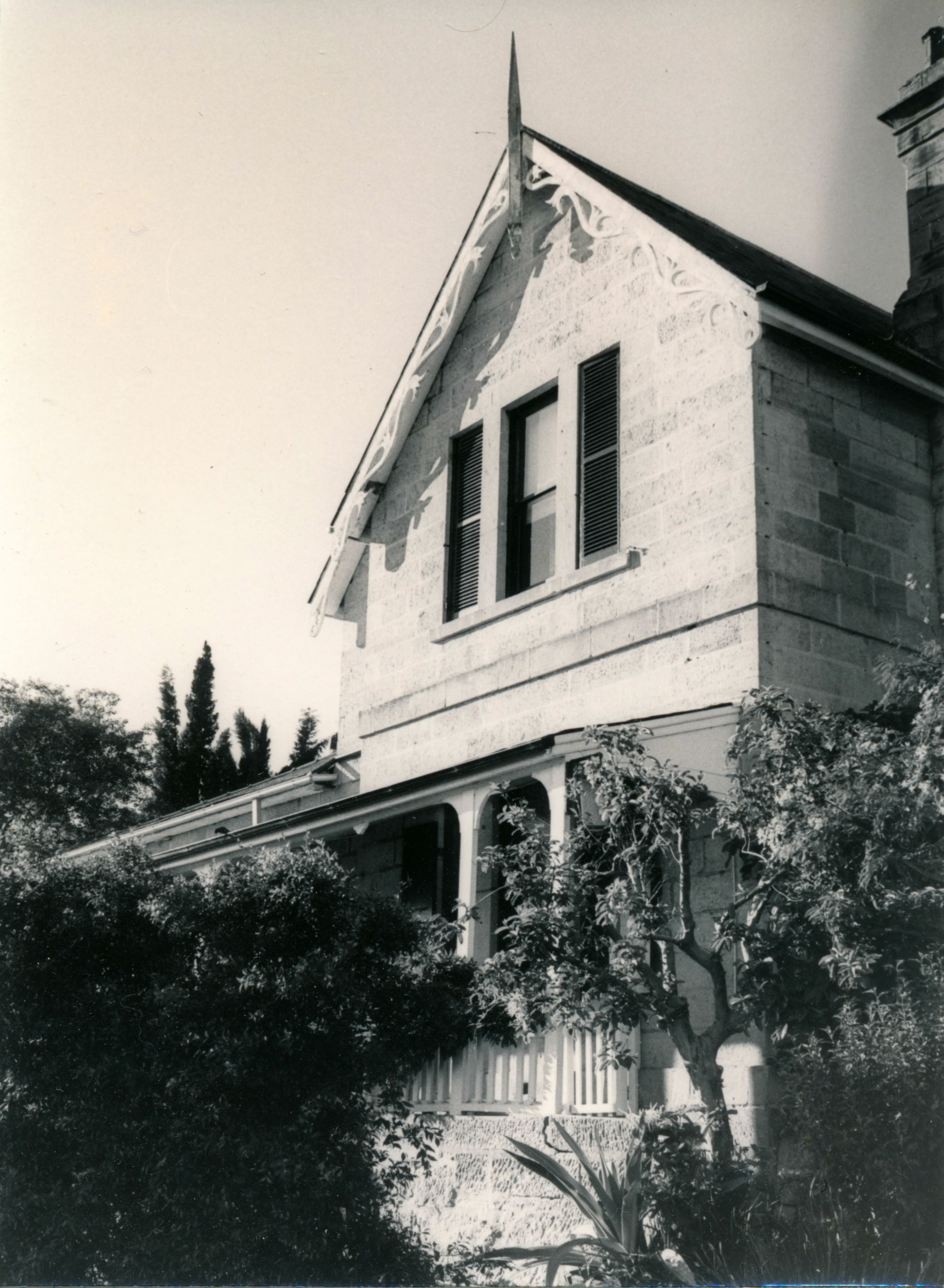 Didier Joubert offered the Passy Estate for sale in 1858. Edye Manning bought all except the lots between the east end of Crescent Street and Vernon Street (at that time unnamed). By 1861 Louis Lasbies, a stonemason, was living in Vine Cottage, a sandstone cottage on the site. By 1864 James Seymour was the tenant, followed by Taylor in 1868. In 1870 Thomas Nossiter bought the house; he sold to Prosper Nicholas Trebeck in 1877. During 1880 Russell became tenant and later bought the property and changed the name from Cynthia to Lamarsh. In 1889 A.H. Simpson took over the house and began the long association of that family with this property, now called St Ives. The grounds of St Ives have since been subdivided.