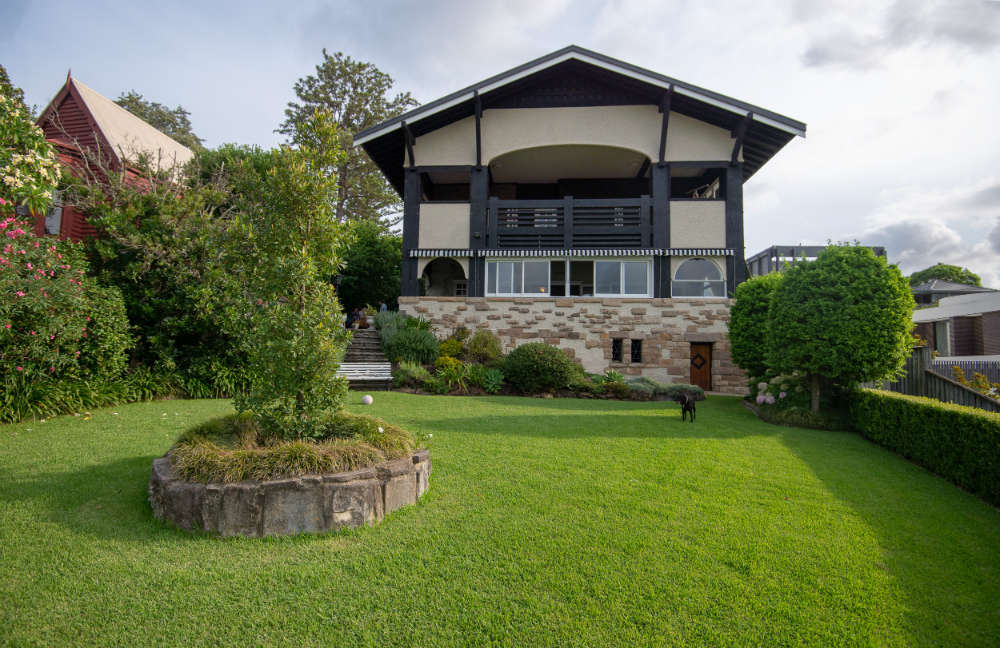 Designed by Architect Alexander Jolly in the Arts & Crafts style for Julius and Elizabeth Rosenfeld. Domov was built in 1917-18 at a cost of around £12,000. Julius, who arrived in Australia from Czechoslovakia in 1900, was a leading timber merchant who owned milling operations across Australia and NZ hence the massive timbers used in the construction. In the 1930s the house was divided into three flats for the owners’ family, some of whom had fallen on hard times, and a bridge was constructed from behind the garage direct to the top storey. Acquired by the present owners in 2014, a significant external renovation was undertaken followed by a total reconstruction of the interior. Key architectural and historical features have been maintained including the staircase, the dome ceiling in the dining room and the pantry.