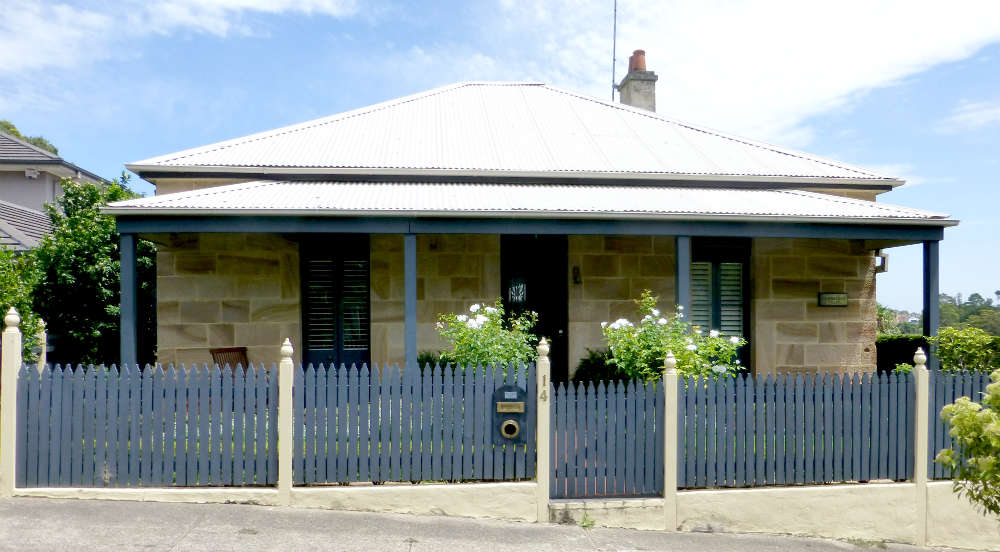 This house was once the coachman’s cottage for the Makinson estates (H. Makinson lived in Dunham, 2 Massey street, and T. Makinson lived in Hillside also known as Hillview next door). This house has the appearance of cottages built in the 1880s or earlier, the plaque on the house reveals circa 1868. Owen Farley (spelled Farrolly in Sands) purchased the house in 1898 having lived here; he was a coachman. The land has been subdivided at the rear.