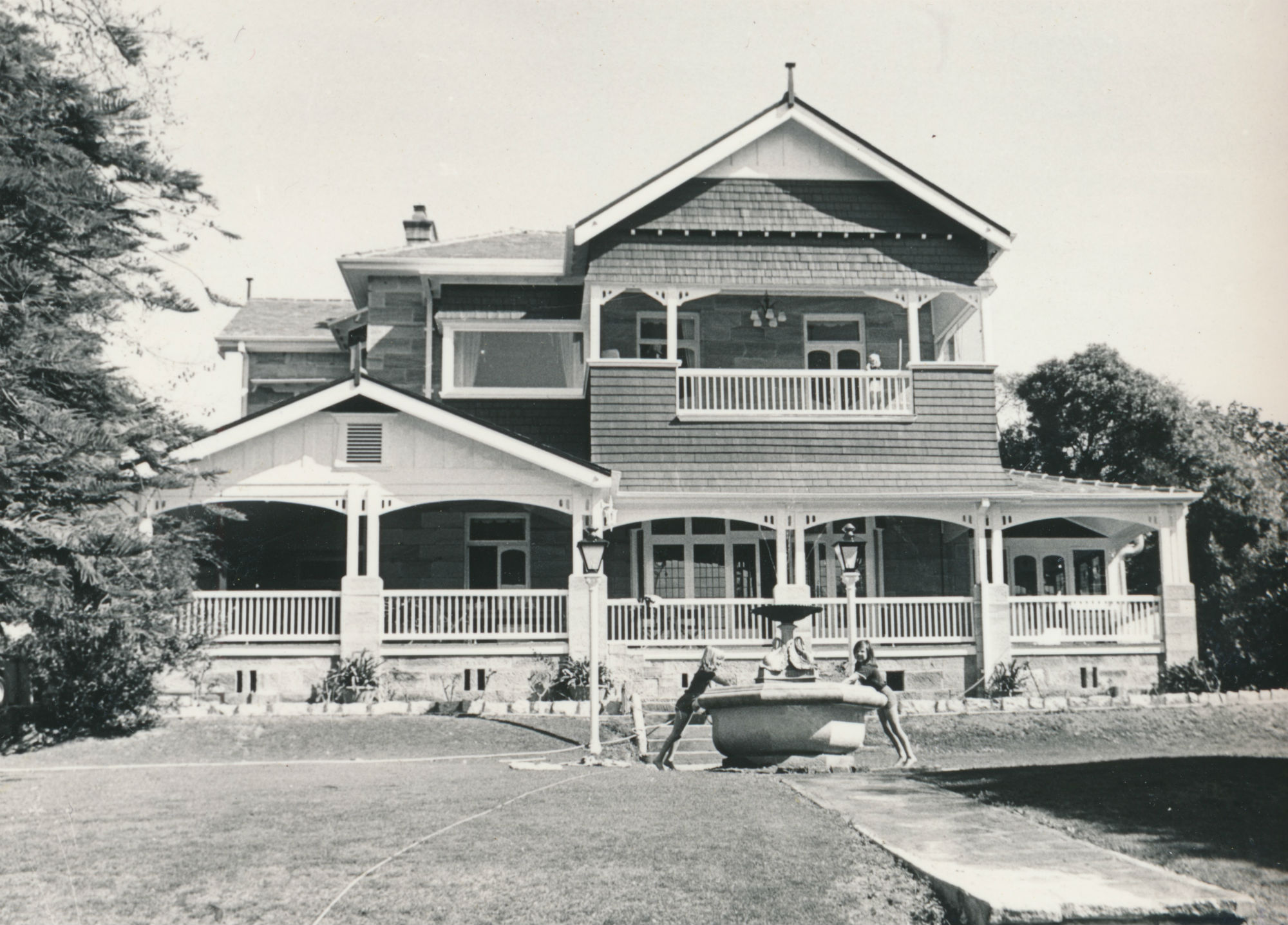 Although this house has the appearance of a much later date, there was a new fourteen-room stone house built here in 1872 by Richard Sim (see also 1 McBride Avenue) on land which had belonged to W.B. Campbell (being Lots 6-10, Section 4 for the 1862 sale of the Ambrose Foss Estate). The house was called Atherslei and was bought in 1876 by James Leslie, whose family still occupied it in 1886. In 1882 it was being called Milthorpe. In 1900 the owner was named Rooke. Extensive remodelling was carried out around 1900 when the building was given a Federation style appearance, though some indications of the earlier house were still visible in 1972. Milthorpe is a good example of the substantial villas built on large sites which were a feature of the historical development of Hunters Hill in the 19th century. The house is of architectural interest because of the quality of its features and its adaptation from a mid-Victorian to a Federation style building. It was listed on the NSW State Heritage Register in 1999.