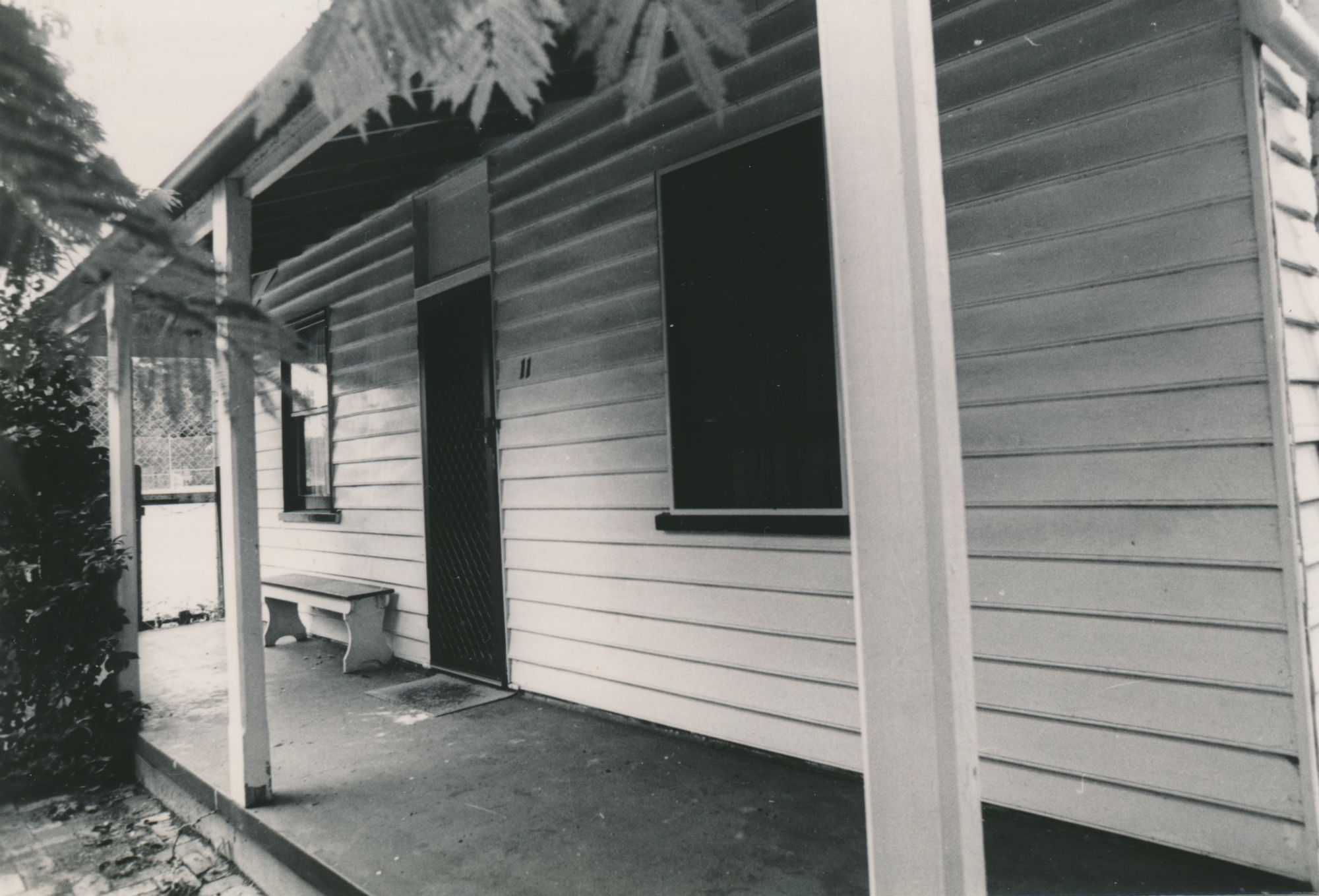 Between 1882 and 1892 Henry Nattey was living in Mark Street. Nattey owned the land in 1880 and the house was typical of the small timber workmen’s cottages near St Joseph’s College, which were being built in the 1880s. Henry Glading, painter, purchased the house in 1895 and lived here. The house was bought by St Joseph’s College. After many years of deterioration while it was unoccupied the house was demolished in 2017 and replaced by a replica which differs in many details of construction.