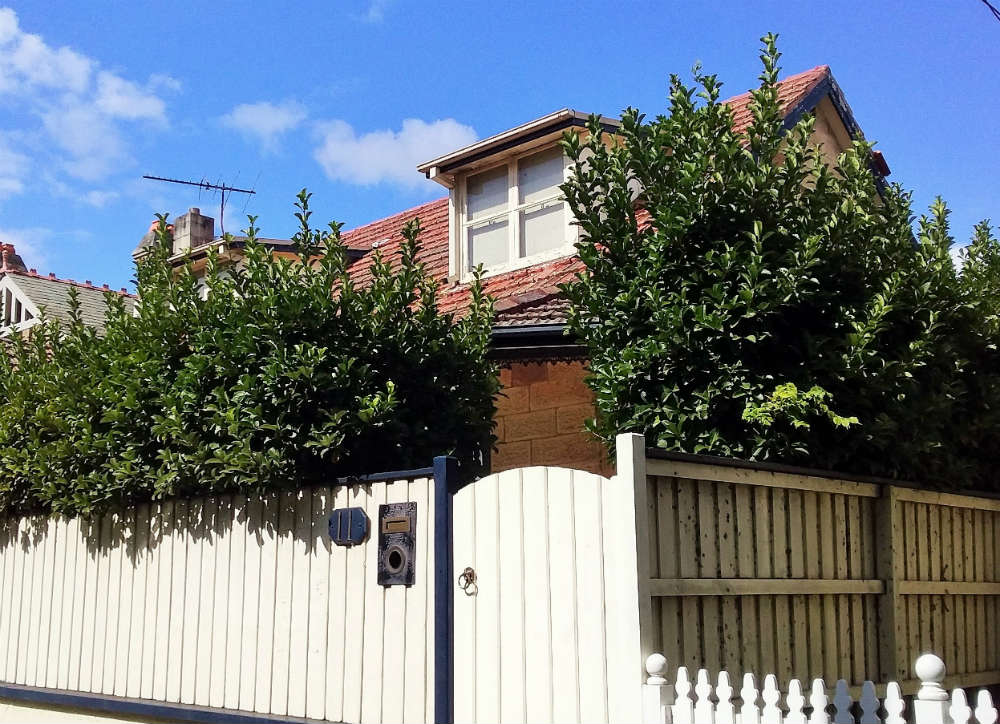 Built by Jeremiah Cronin, stonemason, as a seven-room house, this was first occupied in 1879. It cost £790 pounds to build. He let it in 1880 to T.M. Laycock and in the next year to Dr F.D. Niblett, when it had two more rooms. Niblett bought the house in 1887. Subsequently, William S. Clifton, chemist, said to have been the first chemist for Hunters Hill, Ryde and Drummoyne, moved here from the corner of Ferdinand and Alexandra Streets. There is now a chemist’s shop in the eastern part of the building, and the house has been returned to use as a doctor’s surgery; it has had many additions over the years.