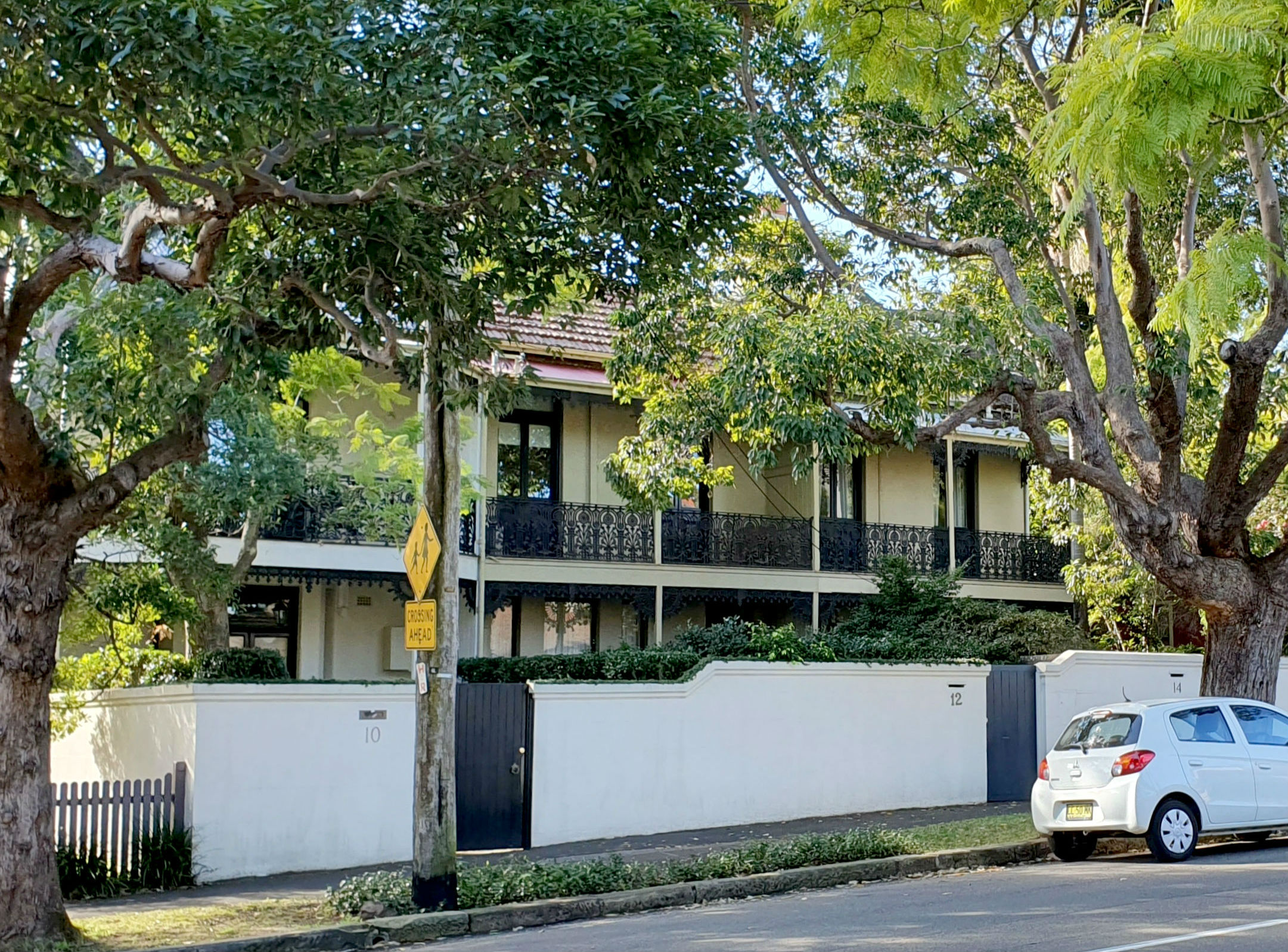 Annie Schmidt (see also 1 James Street) bought this land from Felix Cullen and in 1886, two of the terrace houses (12 and 14) were finished and occupied by her tenants, Reverend Daniel Jackson of the Congregational Church and Jean Baptiste Vernay (see 2 Ferdinand Street). 12 Alexandra Street was later called Parkvilla and 14 called Badenscotch. No. 10, which was built afterwards, was lived in by Mrs Niblett from 1888 until 1908 and she named the property Hawthorne Villa. 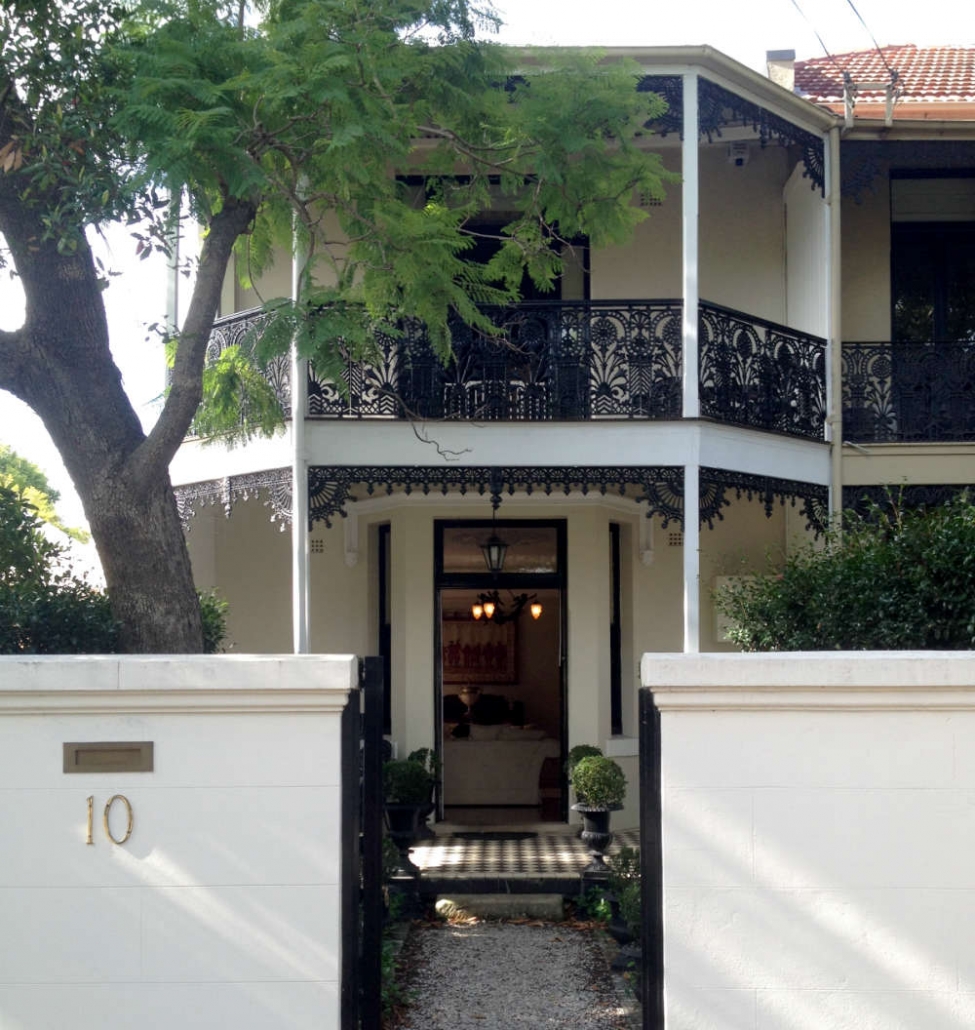