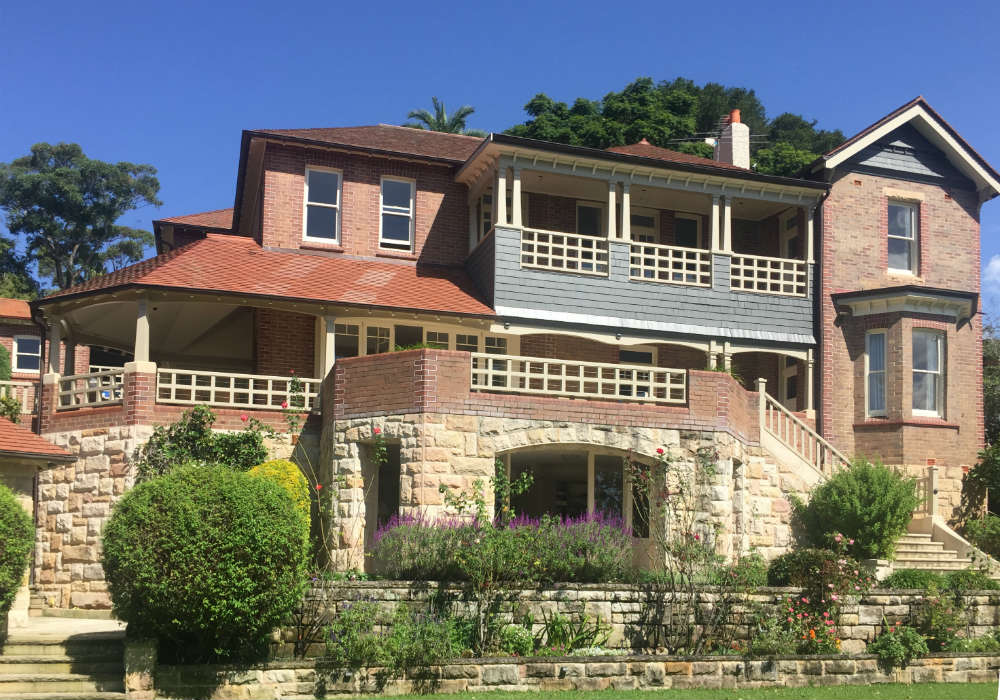 Thomas E. Cooper, Sydney manager of Cadbury’s chocolates, purchased this land from Numa Joubert. He built this house (the architect was Henry Budden) and sold it in 1910 to J. A. Fowler who lived here until 1921 when the house was sold to George & Lucy Peapes. Mr Peapes wore spats and was a regular passenger on the ferry which called at Mornington Wharf. The property was bought from Samuel Peapes in 1959 and has been owned by the same family since then. Allawah was sympathetically restored and extended by heritage architect Howard Tanner in 2003.