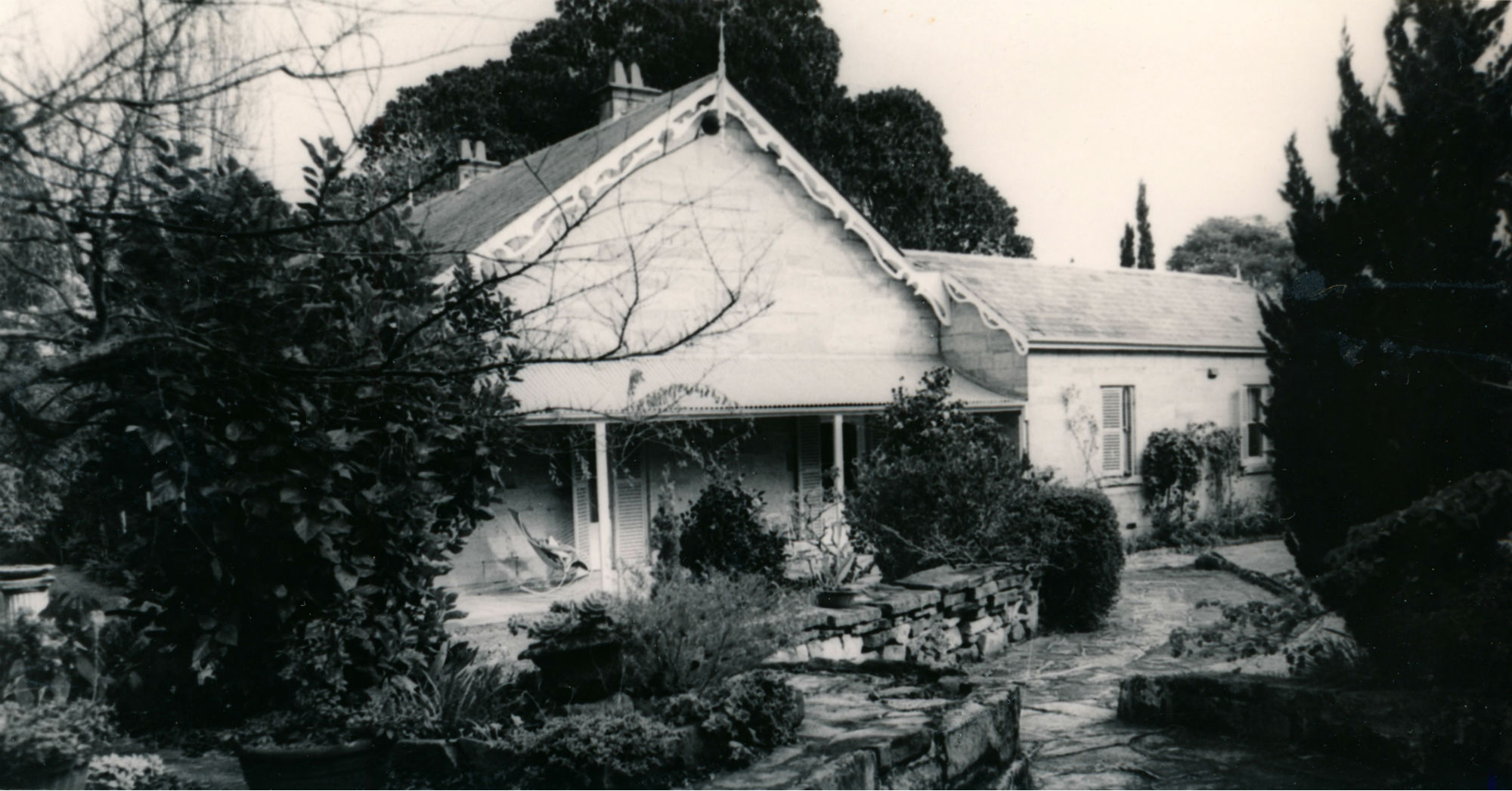 A fine example of ‘Georgian’ style architecture, Oatlands once stood on six acres of land reaching to the Parramatta River. A four acre portion, part of an original grant to J.T. Hughes, was sold to Leonard Bordier (see Yerton Avenue) in January 1855. Bordier bought the remaining two acres a few months later from Ambrose Foss, who had bought them from the notorious ex-convict John Tawell, in 1838. In April 1856 Bordier mortgaged and transferred the entire property, including the four prefabricated houses just erected, to Didier Joubert for £2000. It is possible that Oatlands was built by the Joubert’s c1875 with their growing labour force from Lombardy before this portion of the property was sold to Frederick Mader, stationer. The house passed through several owners, apparently let, until Mr A.S. Low sold it to Sidney Oatley, warehouseman, in 1880, when it was described as a nine-room stone house. He gave the house its present name and the family owned it till 1935. Oatlands is similar in its graceful French character, achieved by curved bargeboards and plain timber posts around stone flagged verandahs, to the early houses built by Didier Joubert and Gabriel de Milhau.