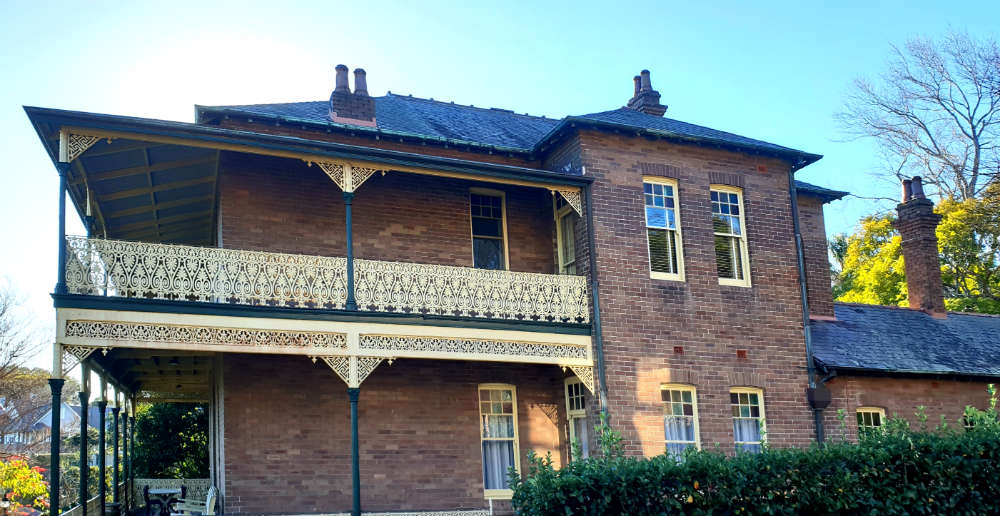 In 1878 Joseph Fyson purchased land from Charles Jeanneret and sold in 1880 to Donald Cameron, schoolmaster. By 1899 Charles F. Kopsch owned the land and he had this house built c1898. Mr Kopsch was a scientific instrument maker and the house originally included an observatory. It was first called Karlsruhe, then Currawong. In 1942 it was sold and the new owners changed the name to Morningsea. The style of the house is Edwardian and the front faces the Parramatta River.