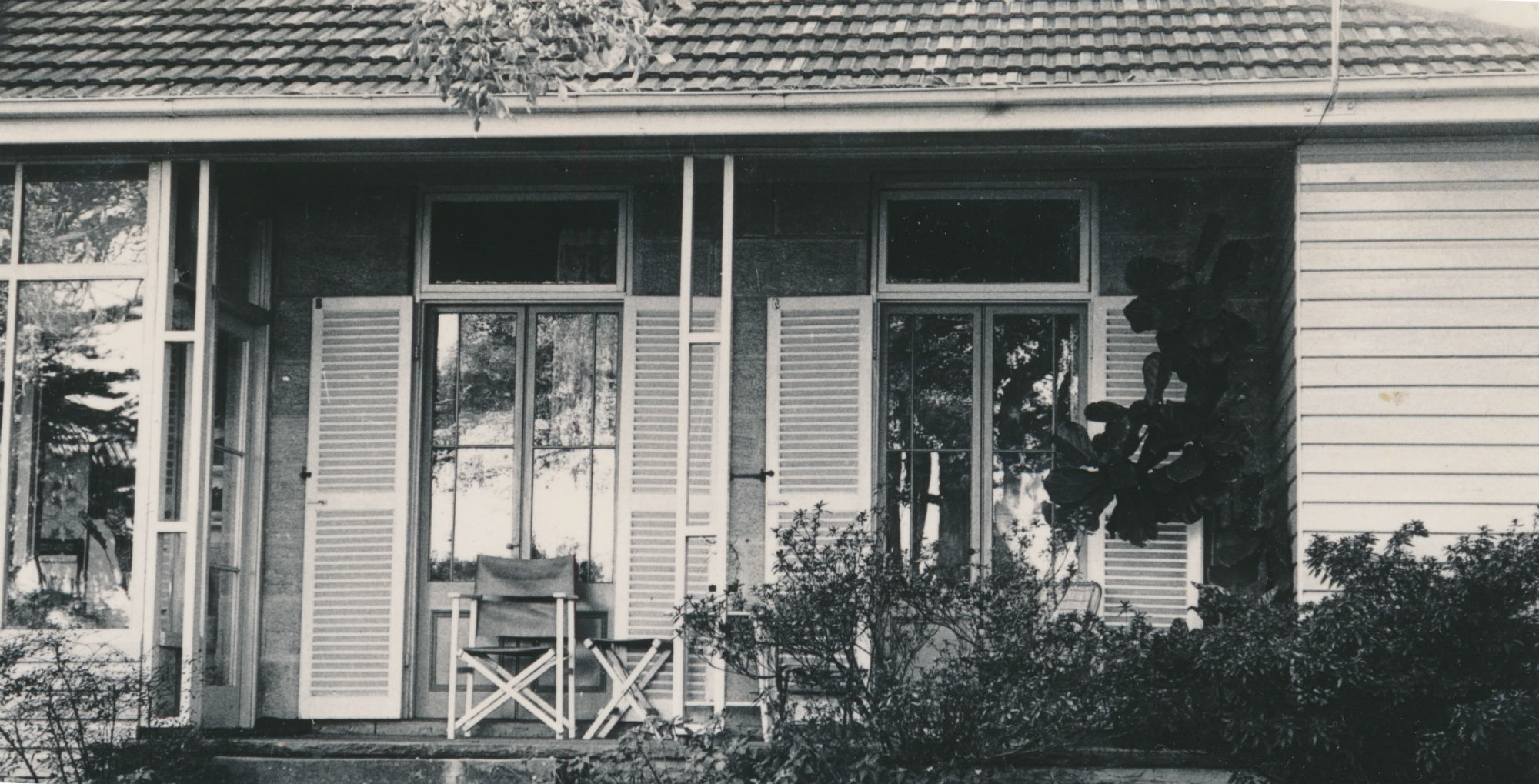 The prefabricated Bordier-imported houses all had stone outbuildings and although the timber building was demolished, a square, sandstone portion of the present house is believed to have been part of the original development. The Hut, originally called Somerville, was one of four prefabricated houses (see Yerton Avenue). Didier Joubert acquired all the Bordier houses through mortgage and in 1861 this house was let to Mrs Mitchell. In the following year he sold it to C.E. Jeanneret. This was the Jeannerets’ home until 1874 when they moved to Wybalena (3 Jeanneret Avenue) near Mrs Jeanneret’s family, the Bellinghams, who lived in Adraville (later Croissy). Some of the original part of The Hut was demolished because of white ants. The last portion, reputed to have been the kitchen, was demolished in 1981; it had a thatched roof. Later stone and timber additions on the eastern side remain as The Hut. In 1871 R.D. FitzGerald, Deputy Surveyor-General, lived in the Croissy Avenue house, Adraville, while Captain Goodridge lived in The Hut. Nini Goodridge married E.D. FitzGerald and five generations of their family have lived in The Hut.

A note on the FitzGeralds: R.D. FitzGerald was a suryeyor, civil engineer, geologist, ornithologist, botanist, artist, author of Australian Orchids, published in 1882; he corresponded with Darwin and dedicated the book to him. At Adraville, FitzGerald had built a unique fernery, excavated out of the sandstone, fitted with a glass roof and kept moist by a reticulation system. His artistic talents passed on to his son Gerald, a painter, and Adraville lives on in one of his paintings; the painting was in the possession of FitzGerald’s grandson, the poet R.D. FitzGerald, who also lived in Hunters Hill.