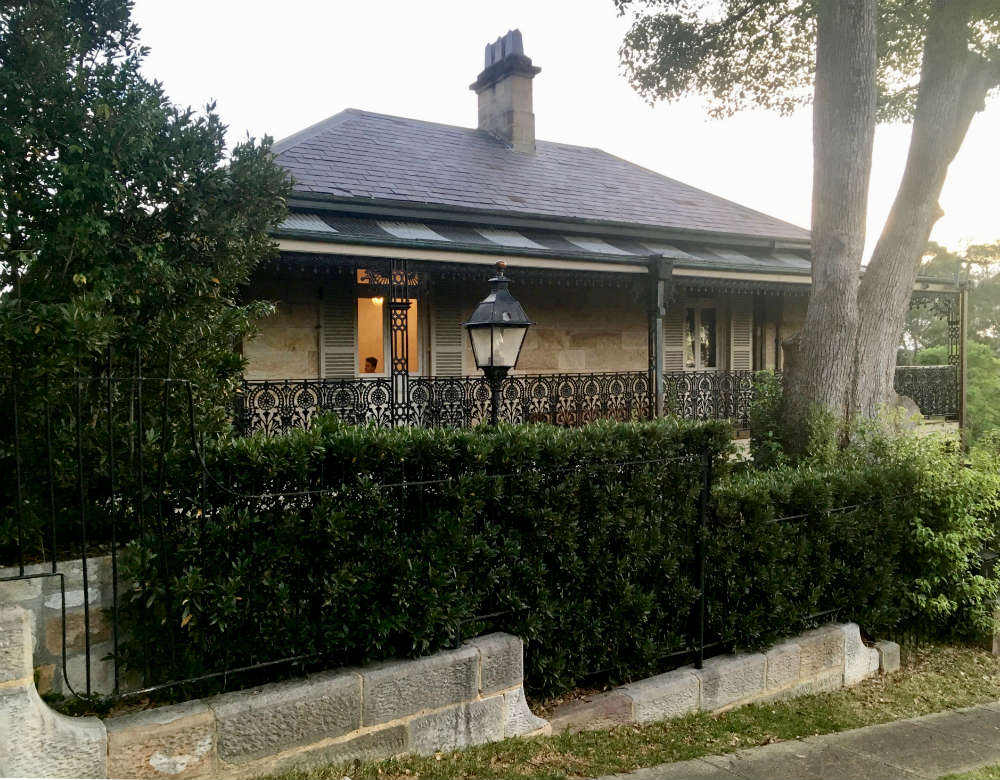 Felix Cullen (see The Gladstone and no. 5 Madeline Street) had this eleven room stone house built for letting in 1886. Its first occupant was Emily Herron; subsequent tenants included Walter Bevan and Richard Windeyer, both barristers. Cullen’s widow owned Kyarra until 1906 when she sold to the Addison family. Poised above Mount Street, Kyarra can be seen from a distance across the High School grounds which were once the site of The Pleasure Ground. The steeply sloping portion of its garden stands in a one-time quarry. It fell into disrepair and in 1950 the new owners set about restoring it. Over two hundred tons of stone was brought from the old law buildings in Phillip Street for use in the walls and the garage. The Belgian slate roof was saved and when the verandah was extended, the iron circular steps were obtained from Gosford. The verandah lacework features in scenic photographs of Hunters Hill.