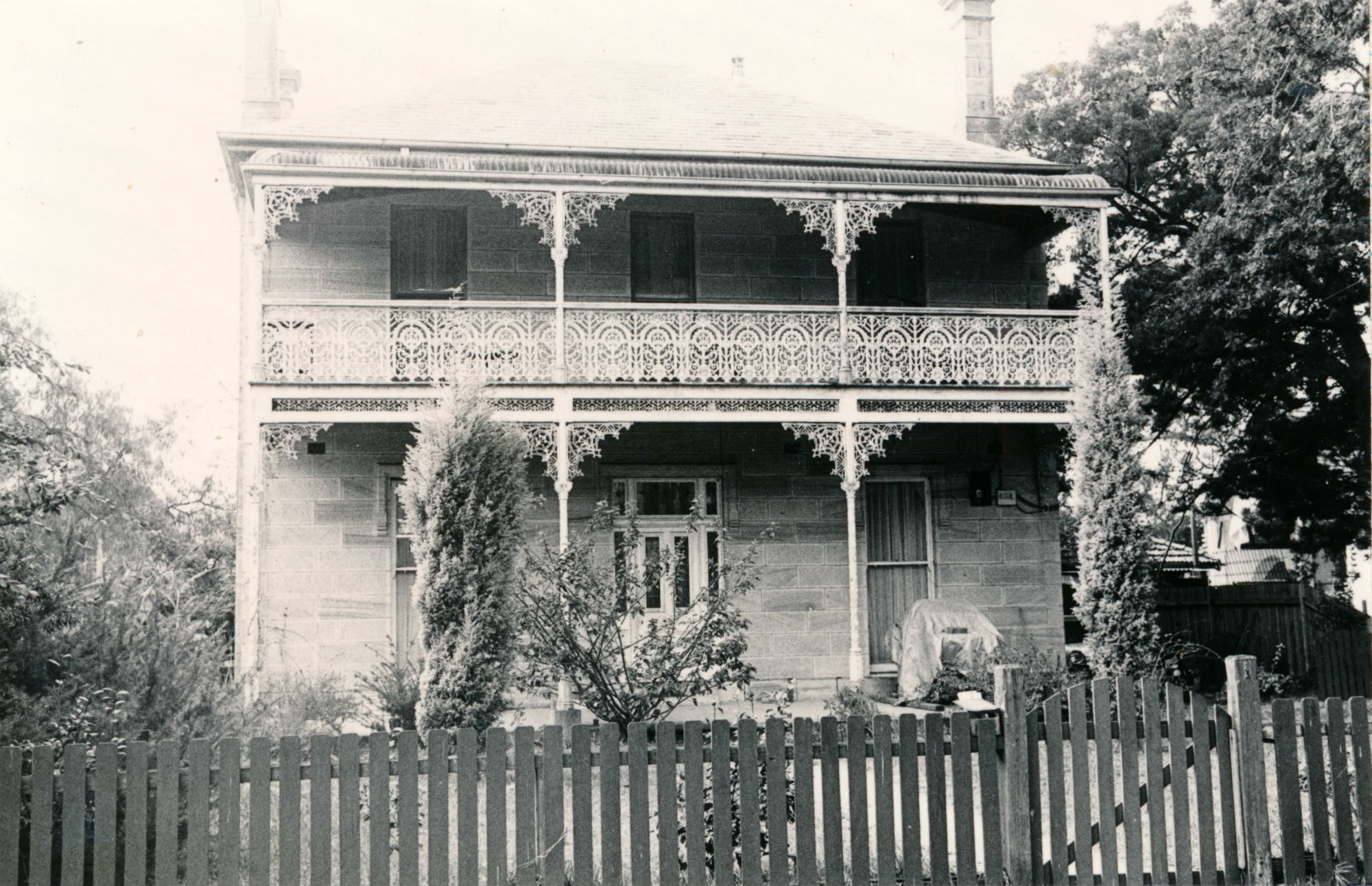 In 1886 the Congregational Church (Alexandra Street) decided to erect a manse. The tender of £1,025 from Polton and Son was accepted. The work was commenced but for some reason came to a standstill and the house was completed by Mr Cormick for £775. In addition, a sum of £120 was spent on the erection of a coach house and stables, £5 for laying out the garden and £6 10s. for a path. At the rear of the house there is a twelve foot deep underground water tank made of brick and shaped like a bottle. For many years there were tennis courts along the Madeline Street side of the property. In 1890 the Rev J. Jones, a returned missionary of the London Missionary Society (see also 57 Alexandra Street) was invited to take the oversight of the pastorate. R.V.Gale (from the corner of Gale Street and The Point Road, a house since demolished) was treasurer of the trustees. By 1900 Robinson’s Boys School was here in the Manse.