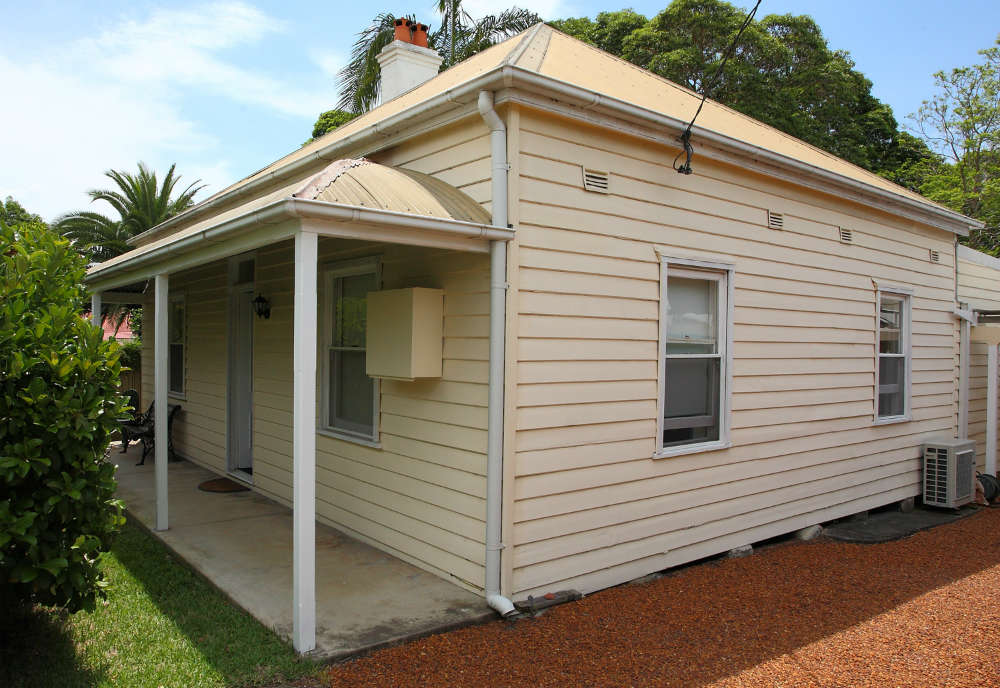 This house stands on land that was originally part of the Crown grant to William Morgan in 1834, and subsequently the Foss subdivision of 1865 and William Wright’s subdivision of 1877. Dr Henry Rickards bought the current double-frontage block in 1878, and sold it to Christian and Harriet Krust in 1885. The Krusts built the original 4 room weatherboard cottage, most likely in 1886. Hunters Hill Council auditor Edward Foster bought the house in 1892, and sold it to William Cotton Wise in 1909. The house has undergone several sympathetic extensions during its history, including a larger living area, bathroom, kitchen, deep north facing verandah and a two-storey annex. The original part of the house remains intact, and contains many period features including the original doors, floorboards, lathe-and-plaster walls, patterned plaster ceiling and a brick and stone fireplace. The house has had several names over the years, including ‘Emmeline’, ‘Edithville’ and ‘Berwyn’. The house was again given the name ‘Emmeline’ by its present owners.